One-hundred and forty (140) students were honoured with $11,000 at the 2022 Chinese Ambassador’s Awards Ceremony held at University of Cape Coast, UCC.

The awards ceremony, instituted by the Chinese Embassy in Ghana in 2017, is to encourage Ghanaian students to learn Chinese and to promote Ghana-China friendship.

The awardees, drawn from primary schools, second cycle and tertiary institutions were selected based on their remarkable performances in the final exams in their respective schools.

The awardees were from the eight (8) teaching centres under the Confucius Institute (CI) at UCC.

The rest are Tarkoradi Technical University, University of Mines and Technology (UMAT) and UCC.

In his address, the Chinese Ambassador to Ghana, HE Lu Kun, commended the winners and expressed gratitude to the teachers and volunteers of the Confucius Institute, who supported the students to achieve the enviable feat. 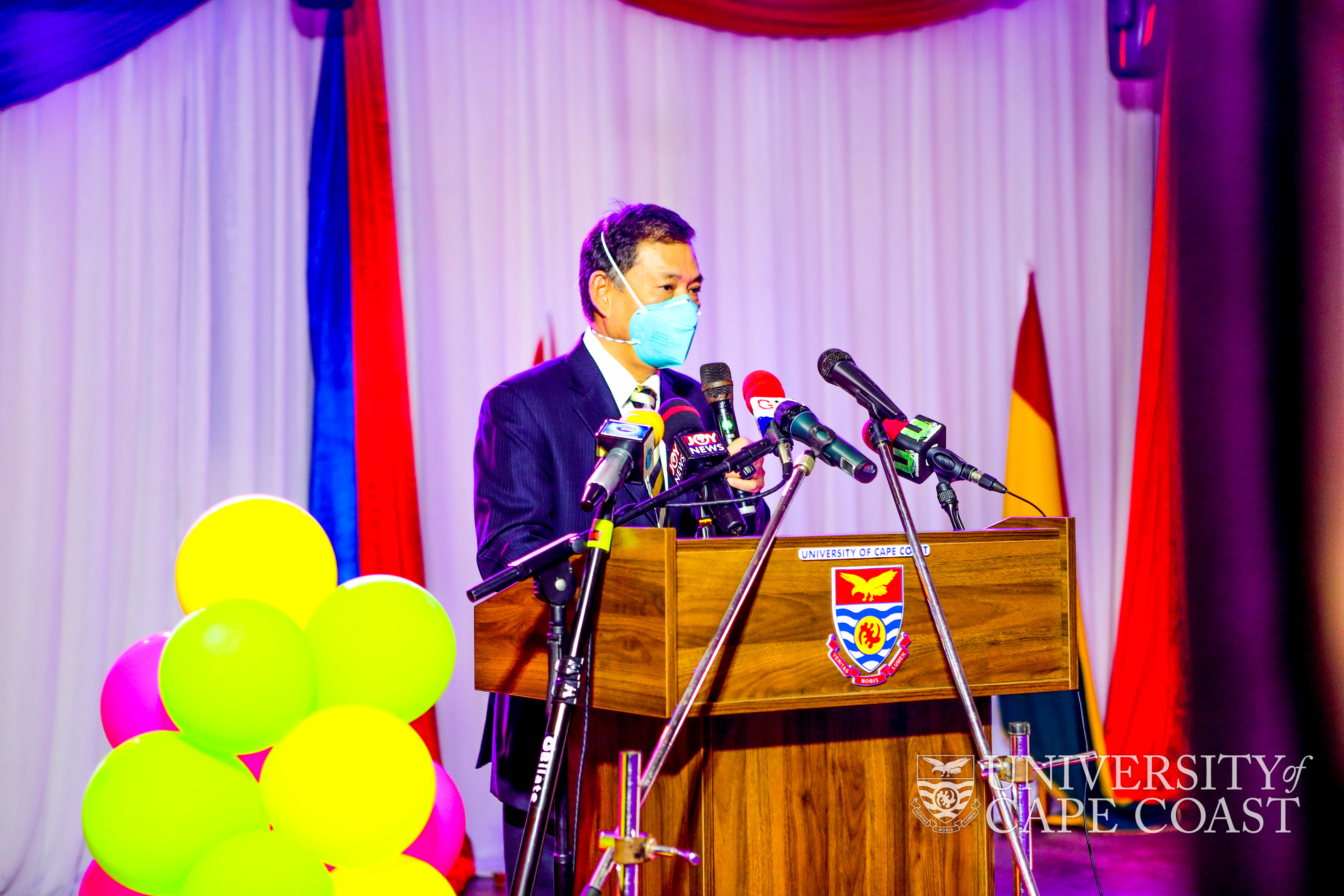 He explained that Ghana was amongst the oldest countries in Sub-Saharan Africa to establish diplomatic relations with China.

He, therefore, used the occasion to highlight extensively the enormous benefits Ghana had reaped from China, citing the $ 2 billion Synohydro project, the constructions of the Cape Coast stadium, Bui dam, Atuabo Gas and the National Theatre, amongst others.

Ambassador Lu Kun hailed Ghana for always supporting the interest of China and thanked Ghana for its relentless support for the One China Principle.

“Ghana supports China in its core issues. Ghana has always adhered to the one China Principle. We are grateful,” he said, referring to Ghana’s acknowledgement that there is one China and that Taiwan is a part of China.

In his remarks, the Vice-Chancellor of UCC, Prof. Johnson Nyarko Boampong, encouraged Ghanaian students to take the Chinese language seriously. 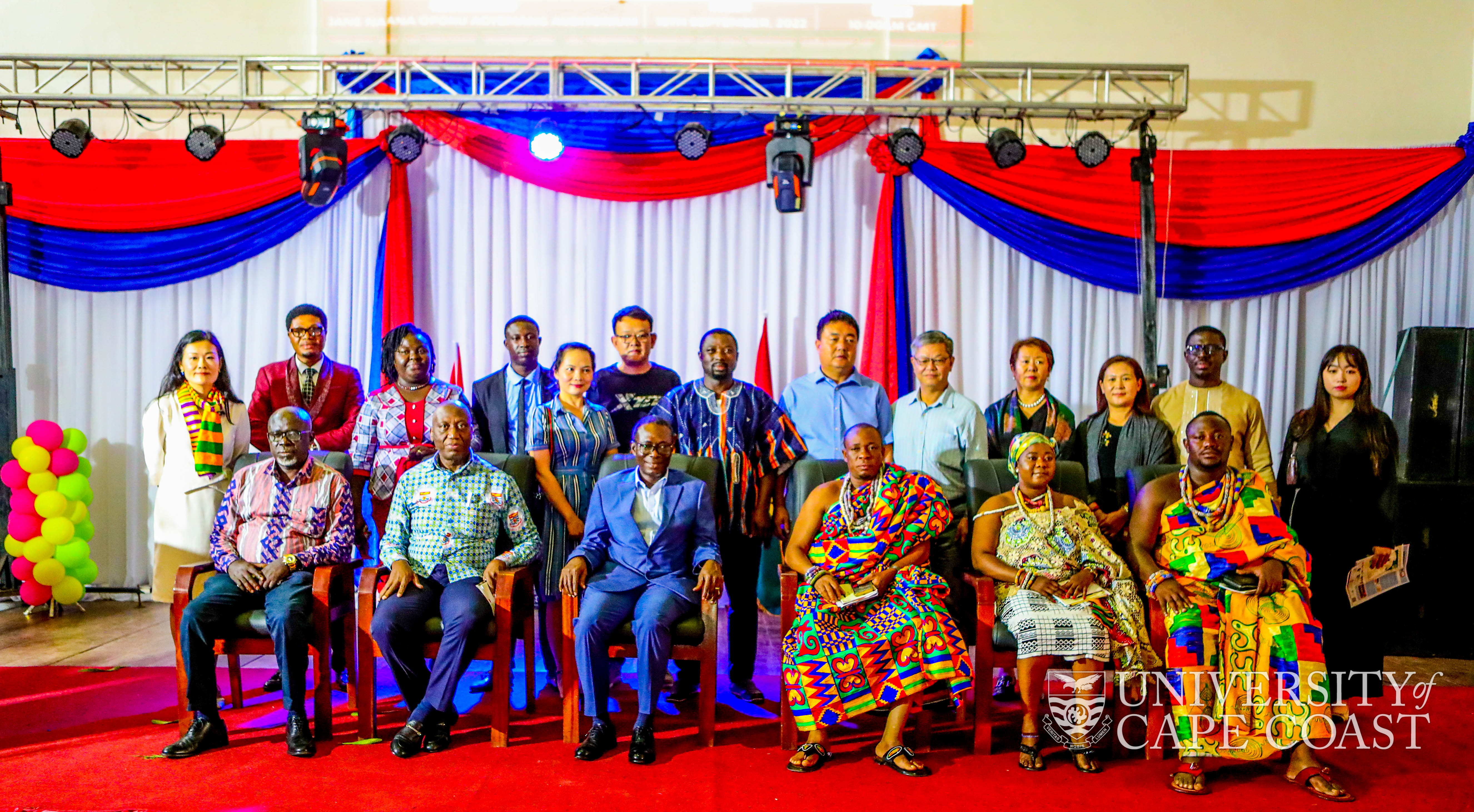 That, according to him, would provide “the keys to unlock the door to a world of opportunities.”

Prof. Boampong, who shared a handshake with the awardees, expressed gratitude to the Chinese government for the continued support to Ghana and UCC. He called for further assistance to improve teaching and learning as well as research activities in the University.

In a brief remark, the China Director at the CI at UCC, Prof. Ou Yamei, advised the award winners not to allow the current success to get into their heads because the recognition was only the beginning. She encouraged them to strive to work hard in order to maintain their standards.

For his part, the Ghana Director at the CI at UCC, Prof. Ishmael Mensah,   said the essence of the award was to motivate the students and propel them for further success. He urged the awardees to eschew complacency and vainglory and do their level best in their studies.

Some pupils in a performance at the awards ceremony 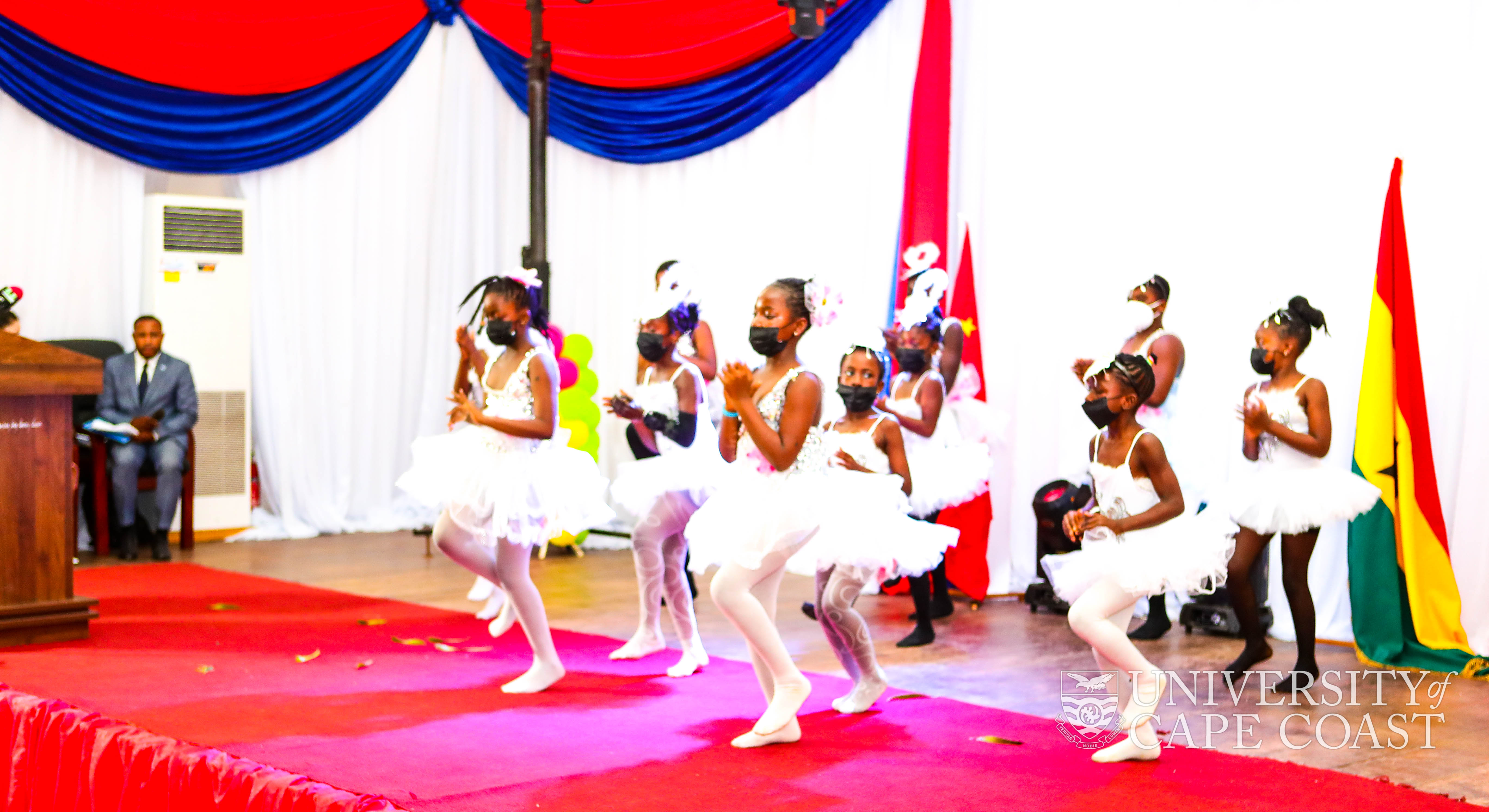 Some pupils in a performance at the awards ceremony

The gathering was treated to good music and a rich display of Chinese culture by the students at the Confucius Institute.